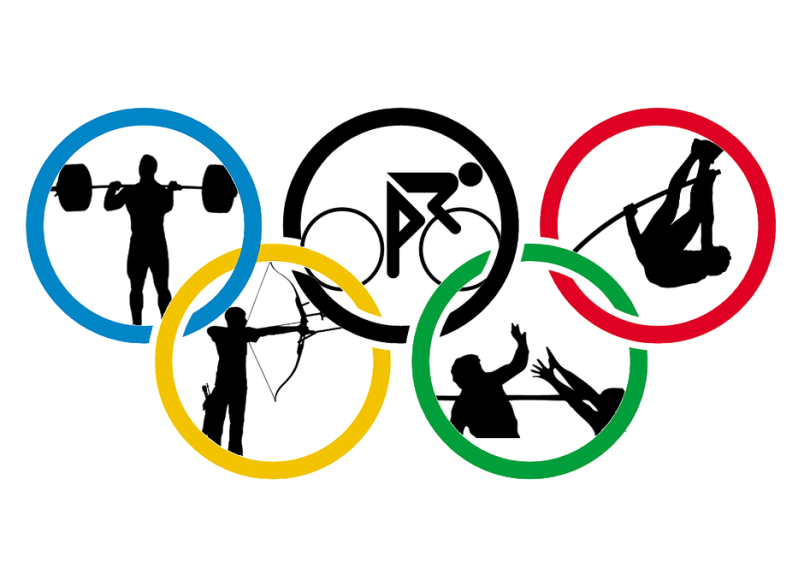 The Brazil-hosted XXXI Summer Olympiad has come to an end with all of the panache one would expect from “a cidade maravilhosa” (the marvelous city) of Rio de Janeiro. I would be the first to admit that unlike most persons, I was not glued to the Games. However, seeing the success of Caribbean athletes, particularly the Jamaican team which can boast of having the fastest man and woman in the world for the third Olympiad in a row, made me ponder on the possibilities sports could have for Caribbean export diversification. Much of the discourse on sport as an export diversification strategy is often limited to sports tourism. However, I believe that the opportunities for sports trade go beyond simply sports tourism to encompass a wider array of sporting services which will be the focus of this article.

No longer viewed as simply pastimes and sources of entertainment and recreation, the global sports industry is a lucrative and growing one.  A study by AT Kearney found that this industry is worth $480-620 billion dollars. For an appreciation of the sheer economic scale of the recently concluded Rio Olympic Games, this article by the BBC shows there were “more than 10,000 athletes, representing 207 nations, [competing] in 31 sports in Brazil.” It is therefore little surprise why an increasing number of developing countries are exploring the ways in which the commercialisation of their sporting industries can contribute to their economic diversification efforts.

If we turn to the medal count statistics in the Rio Olympics, we see that Jamaica, a Caribbean small island developing state with a population shy of 3 million, won 11 goals (6 gold, 3 silver and 2 bronze), while Jamaican sprinting legend Usain Bolt won a historic three consecutive goals in the 100m, 200m and 4x100m relay further engraving his legacy on history’s page as the fastest man on earth. Caribbean countries’ sporting prowess is not limited to athletics. The West Indies Cricket Team dominated the cricketing world for many years. Here in Barbados we can boast of Sir Garfield Sobers who is regarded internationally as “the greatest cricketer the world has ever seen”, and of being the inventors of road tennis. The raw sporting talent is obviously there so how can we convert our sports talent into economic and export opportunities?

Caribbean countries’ existing market access and national treatment commitments in “recreational, cultural and sporting services (other than audiovisual services)” in their GATS schedules of specific commitments have been modest. This is not surprising as sporting services have not been a sector most countries have traditionally sought to liberalise. Only Cuba, Dominica, Grenada, St. Kitts & Nevis, St. Lucia, Trinidad & Tobago have made market access and national treatment commitments in sporting and other recreational services (CPC 964) in their GATS schedules.

When we speak of sports commercialisation in the region, our discussion tends to be limited primarily to sports tourism which involves travel to another destination for participation or observation of sporting events, sports conferences and meetings. This would be considered a services export under Mode 2 (consumption abroad). Countries around the world joust with each other to host major sporting events from the Olympics to World Cup Football. The Caribbean has had a piece of the action by successfully hosting the ICC Cricket World Cup in 2007, while also hosting several other smaller hemispheric and regional sporting events such as the Commonwealth Youth Games which the Bahamas will host in 2017.The rationale for hosting these events is not just for the immediate inflows of tourist arrivals and expenditure, but also the marketing and promotional opportunities which such intense media attention could bring.

Besides sports tourism, there are other possibilities for sporting services exports as the schematic below shows utilising the four modes of supply under the General Agreement on Trade in Services (GATS):

If we take Jamaica as a case study of sporting services exports, the country already conducts sporting services exports under Mode 4 as Jamaican coaches coach at overseas universities and training facilities. It also exports under Mode 2 as it hosts international sporting events (sports tourism) and its IAAF-funded High Performance Training Centre provides training for both Jamaican and international athletes. Unfortunately, the value of these services to the Jamaican economy is difficult to measure.

In 2013 the then Government under Prime Minister, Portia Simpson-Miller introduced the Jamaica National Sports Policy which provides a framework for the development of sport in Jamaica includes upgrades to sports infrastructure, improvements in schools’ physical sport infrastructure and tax relief for contributions to amateur sport under the Charitable Organizations (Tax Harmonization) Act 2013 and the Charities Act 2013. Jamaica is known as the Sprint Capital of the World for its prowess in athletics, adding to the strength of Brand Jamaica. This is already reaping benefits and sports is one of the sectors in which Jamaica promotes foreign investment. Besides athletics, Jamaica has also enjoyed international success in cricket, football, netball and bobsled.

Some sports-related investment already exists in the Caribbean such as in the Caribbean (Cricket) Premier League. Sports services trade through mode 3 (commercial presence) is possible through  foreign direct investment in the form of sports academies, colleges and other sports facilities which can generate foreign exchange and direct and indirect employment. However, strong regulatory and monitoring frameworks need to be in place to ensure these meet world anti-doping standards and anti-money laundering laws.

Linkages with other sectors

Sporting services can have strong linkages with, and spill-over benefits for other sectors, such as in manufacturing, health & wellness, education, research & development, and audiovisual services. According to this article in the India Times, Usain Bolt requires brands wishing to feature him in advertising campaigns to film in his home country of Jamaica to allow his country to benefit.

Caribbean countries have produced world-class sporting talent which far exceeds their small physical and economic sizes. There are opportunities to leverage that talent into sports services export opportunities which go beyond simply sports tourism. The current contribution of sporting services trade, such as sports festivals, to Caribbean countries’ GDPs is not being captured and remains undertapped.

One of the reasons for the paucity of data on sporting services internationally is that there is the need for the broadening and refining of the CPC classification of sporting services beyond the four currently recognised sub-classes. Better classification and measurement is needed in order to assess the current value, impact and contribution of sports trade to Caribbean countries. This data would assist in the formulation of evidence-based policies and interventions to promote the development of sports as an export diversification strategy.

The level of development of the sports industry and the policy frameworks and support structures for the development of sport varies by country across the region. Sportpersons benefit under the free movement of skilled labour under the CSME but there is no regional policy for the development of sport as an export. Sports are still not seen as a legitimate career option for many young people due to limited financing opportunities and lack of world-class training facilities in many Caribbean countries.

Alas, however, there has also been progress in the right direction. There has been the introduction of sports degrees at the University of the West Indies campuses which could also attract international students. Several Caribbean countries have introduced national sports policies and have invested in upgrading their sports infrastructure. Some have made sports tourism part of their marketing plan e.g: Barbados hosted the 2014 Top Gear Festival at its newly redeveloped Bushy Park Circuit.

If Caribbean countries are serious about commercialising their sports sectors, it is perhaps time that those countries which had not made any commitments in “sporting and other services” in their GATS schedules of specific commitments to consider taking commitments, while those which have already done so to consider  modifying the quality and number of their existing commitments. There is also the need to explore how Caribbean sports services suppliers can benefit from existing trade agreements like the CARIFORUM-EC Economic Partnership Agreement and from cooperation and funding under bilateral cooperation agreements with third states.

An evidence-based approach would allow the region to determine what incentives and public/private sector support are needed to develop sporting services trade, the human resource, infrastructure and financing constraints  being faced and what additional public and private sector support can be given to regional sportspersons and sporting bodies. In the five Caribbean countries where citizenship by investment is offered, these countries can consider the feasibility of making an investment in sport one of the options of a qualifying investment.

The good news is that while I was conducting my research for this article I stumbled across this document for a consultancy to conduct an assessment of the economic contribution of the sporting sector, especially sports tourism to the CARICOM Single Market and Economy (CSME) and the development of a Draft Regional Strategy for Sporting Services. This is a step in the right direction.